Top
Get the latest tips & Tricks right in your inbox. 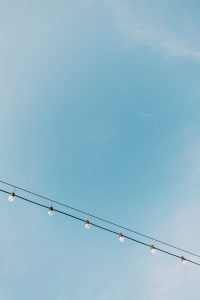 My son pitched his first baseball game last week.  I was in awe of him.  He is on a new team so this is his first season to play with these particular boys.  There are some really good pitchers on the team so I was a little nervous for my son to step on their baseball territory.

Not him.  He was nervous enough that he wanted me to get him to the game super early so he could practice, but not nervous enough to back away from the opportunity.  When it was his turn, he stood up to the pitcher’s mound and threw his first pitch. It was good!  In fact, he had lots of good pitches. For a mom, and I am sure for him, that was super relieving.

Of course, there were some pitches that were low and some that were high.  (Luckily, he never threw any that hit the batter.)  This was his first time pitching so consistency wasn’t the pattern.  To say this didn’t bother him would not be the truth.  I could see it on his face that he would get a bit frustrated.  But he took a breath, reset, and tried again.  He believed in himself and he believed that he had every right to be up there TRYING something new – in front of his peers…in front of the opposing team…in front of total strangers.

He ended up doing a great job and he will definitely be pitching again.  But honestly, that’s not even the point.

His willingness to try something new and possibly fail – in front of everyone – That’s impressive.  That’s courage. That’s something to be proud of.

It got me thinking about us as adults.  Think about what we tell our kids. “Try new things.”  “Who cares what others think.” “This is how you learn.”

Yet, there comes a time when we stop telling ourselves that.  As if we are not allowed to mess up or make mistakes after a certain age.

I will be the first to say I have stopped myself from trying something new because I was afraid I might fail.  I have held myself back because I didn’t want others to see me and judge me.

This is where I have to call bullshit on myself.  If I can encourage my kid to try something new and be more proud of him for his willingness to fail than for his successes, then I can do that for myself.

What about you?  Do you think you are limiting yourself by fear of what others will say?

The truth is, there may have been kids on the opposing team that made fun of my son for his failed attempts.  If he had heard them, they would have hurt his feelings. That is okay.  We are allowed to have hurt feelings.  People are allowed to have their own opinions.  But he was listening harder to the cheers of encouragement.  He was listening to the people that cheered him on. We have to know the supporters are out there.

Most importantly, let’s be our own biggest supporters.

If you want to move past fear and start taking action on new things, you will need to know a few things about yourself and natural instincts.

It’s not really YOU who is avoiding the new project.  It’s your primitive brain telling you to run from danger.  There is such a thing called The Emotional Triad.  Your primitive brain is designed to avoid pain, seek pleasure, and expel as little energy as possible. When you want to try something new, it feels scary.  Your primitive brain senses fear sends out a warning signal to the rest of your body to avoid pain. Danger! Danger!  It begins to seek pleasure by shutting down the idea, followed up with the action of plopping your butt on the couch in order to expel as little energy as possible.

Ahhh, safe at last.  Your brain just protected you from something that seemed scary but is not dangerous at all!!!!  You didn’t even know this was happening.

This will happen again and again in your life if you let it.  Now that you understand what’s going on in your head, you can take the first step by activating your prefrontal cortex – which is what gave you the idea to try something new anyway.

Your prefrontal cortex is the thinker and decision-maker in your head.  This is the part that helps you to rationalize your fear and take action anyway.  This is the parent of the toddler brain. (AKA primitive brain.)  You have to consciously turn this part of your brain on when the primitive brain is loudly screaming “RUN!”  Knowing this in advance can help you to prepare for the loud screams and have a plan to keep going.

Moving forward, pay attention to the thoughts in your head that tell you not to do it.  Listen to them.  Are the concerns dangerous?  Is it really possible that you may die?  Or is it possible you might just get laughed at? If they are legit concerns, simply strategize for them and come up with solutions.  If they are fears that you might get laughed at, you may look silly in front of your peers or you might get embarrassed – you can tell your primitive brain thanks for the warning but that you are safe and moving on.

I am learning from my children as we go along this life.  I can tell you that this was a big one for me.  I am boldly preparing myself to be laughed at and embarrassed as I move forward in life.  If they can do it, I can do it.  It’s just going to happen as I try new things.  I will be listening for my supporters and cheering on myself.  I can not be held back because of other’s opinions and doubts.

I encourage you to do the same.  You have every right to try new things.  You are supposed to keep learning and growing.  For every person that laughs at you or judges you, there is someone watching your bravery and preparing to follow behind you.

Be a person that paves the way.

If you are interested in taking this work a step further, my SET program is exactly what you need. Schedule a time for a consult call to learn more.

Do it now. Schedule a call. First one is FREE.
The results are life changing.
Click here to schedule